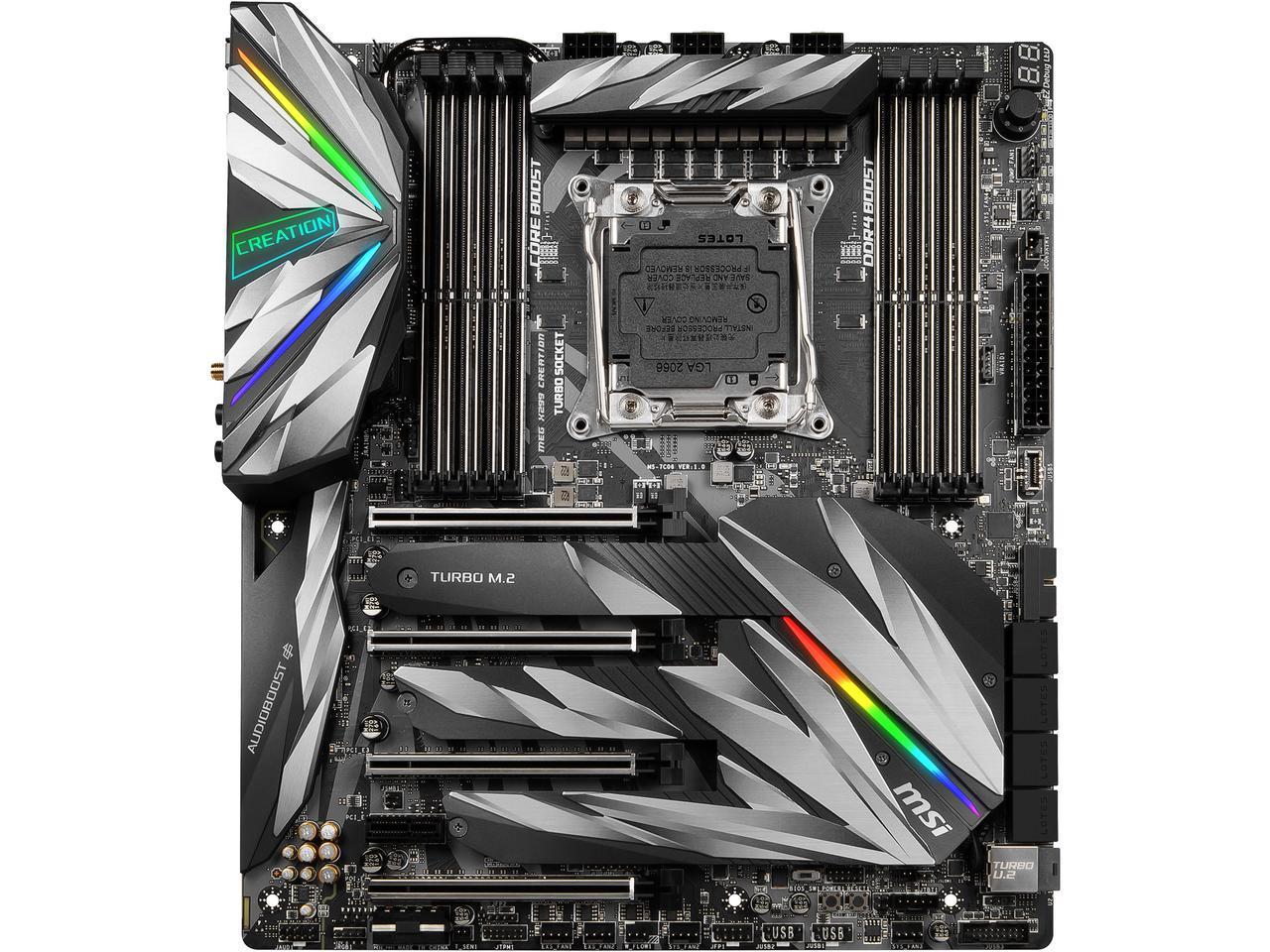 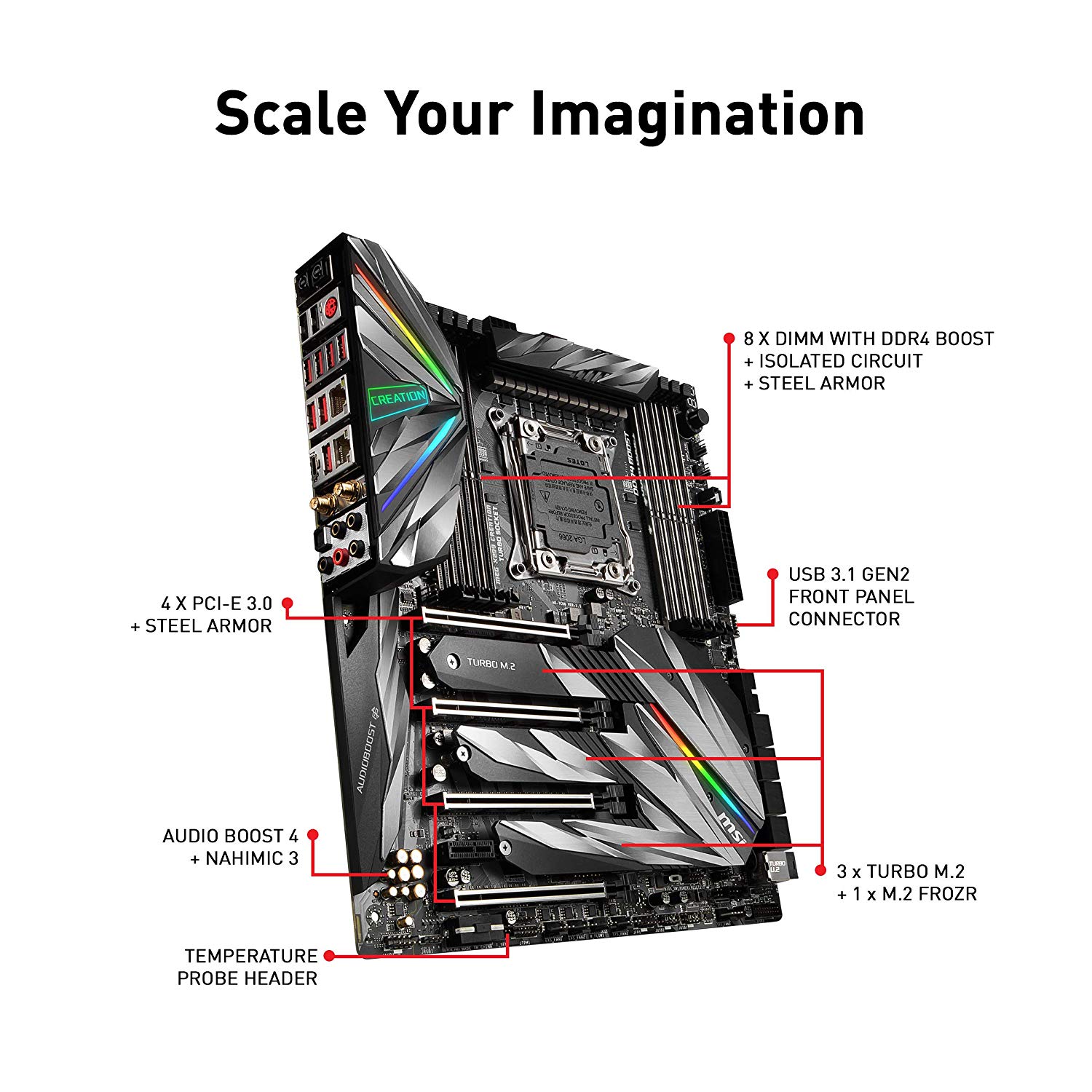 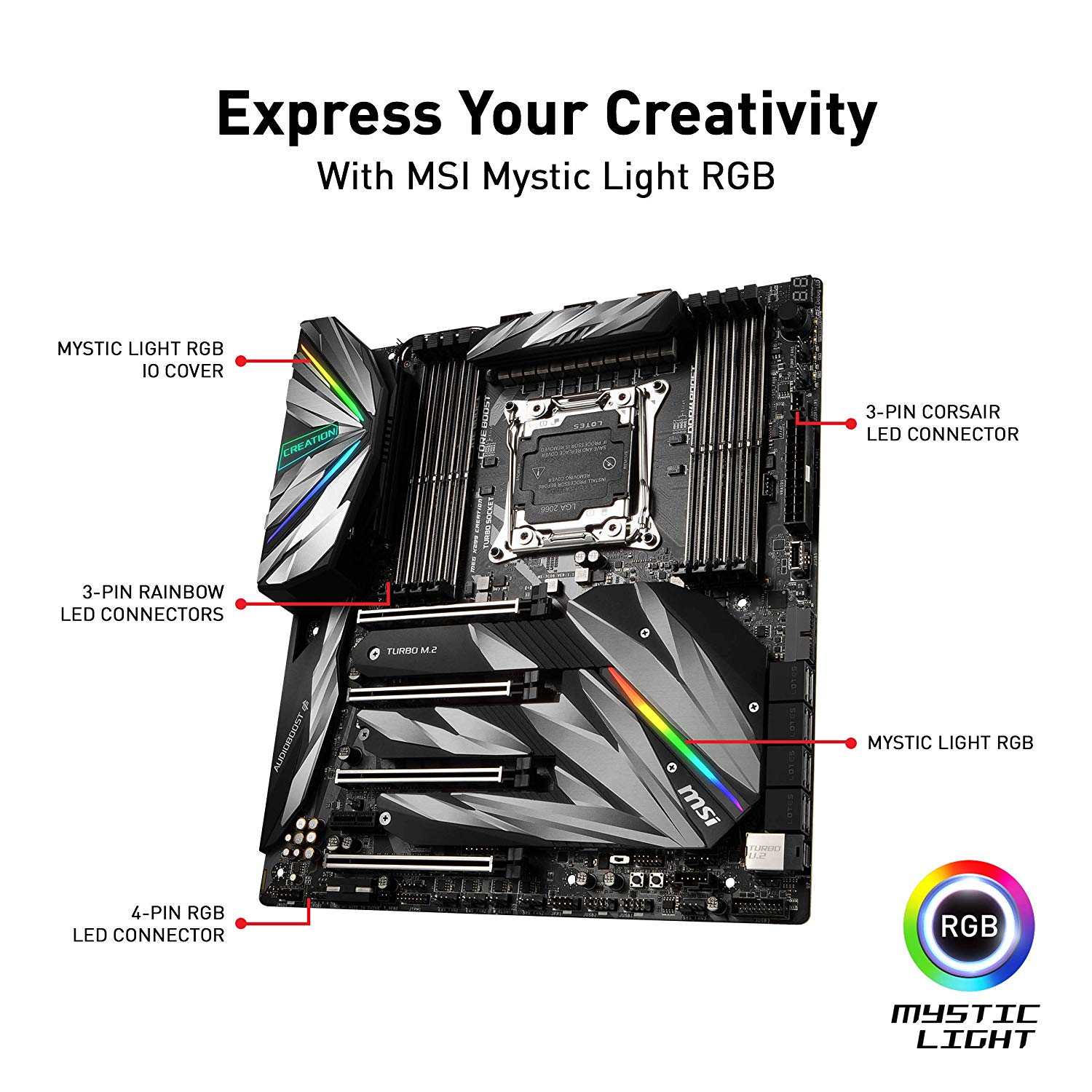 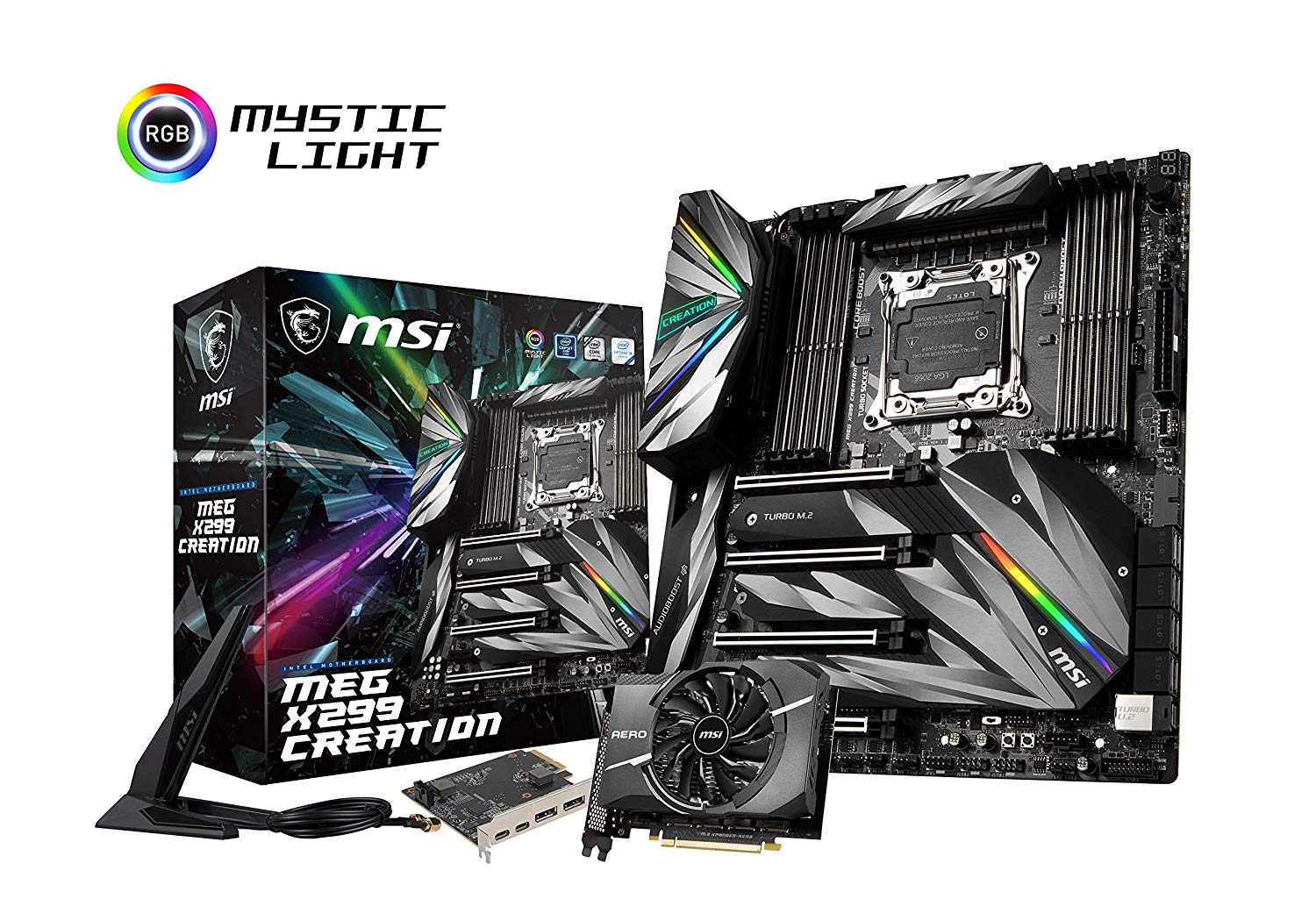 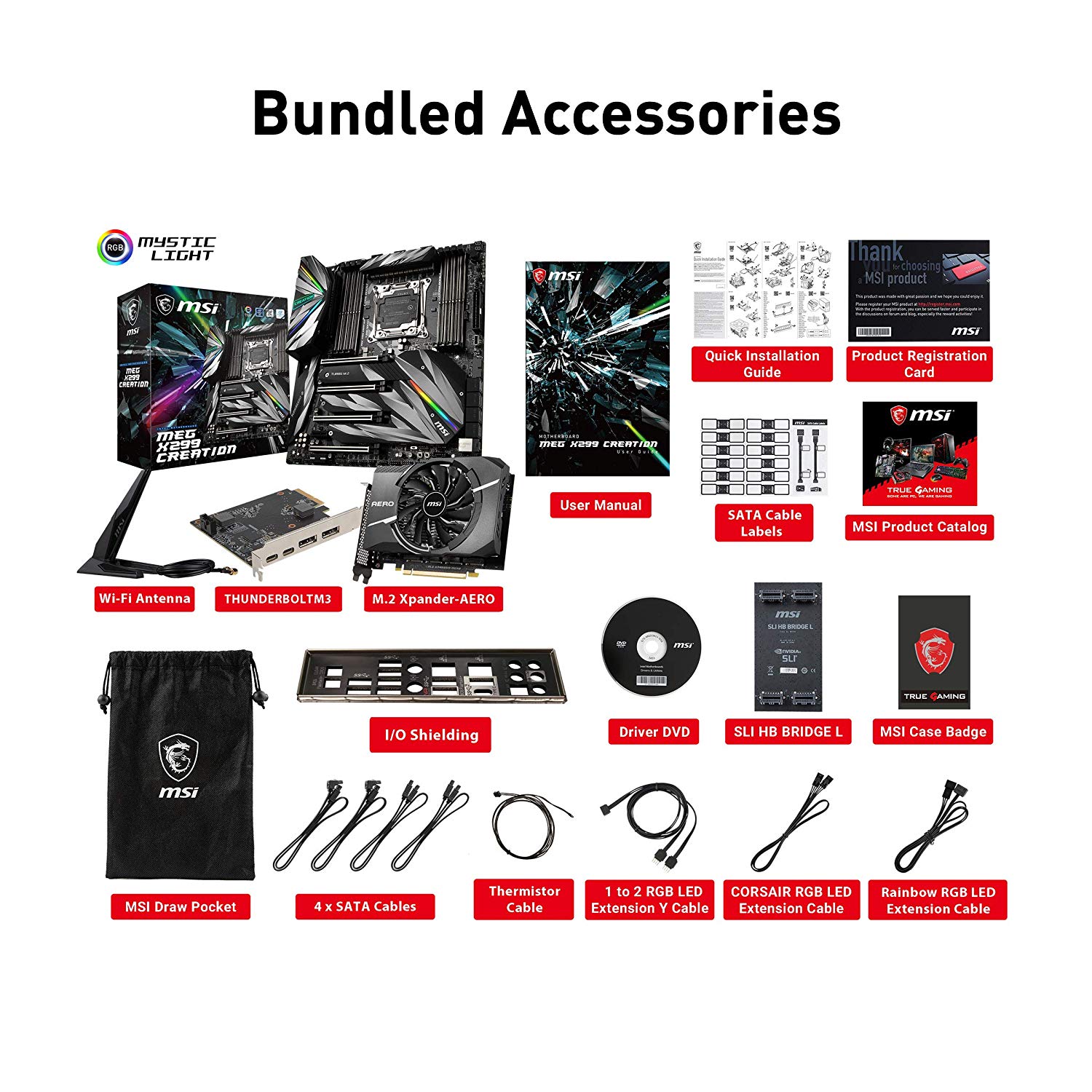 Powered exclusively by Intel X-Series processors, the Meg X299 Creation LGA 2066 E-ATX Motherboardfrom MSI is made for designers and content creators. Packed with features to unleash the overall performance of multi-core processors, its features and element-explosion design meet the demanding requirements for creating your own masterpiece. This motherboard will fit in E-ATX sized cases, supports the LGA 2066 socket and the Intel X299 chipset, and is compatible with Windows 10 (64-bit).